A second chance for electrical waste

The USA, at the headquarters of a leading manufacturer of PCs, laptops and mobile devices. The chief compliance officer has rarely been so relaxed in a board meeting. This time positive business results aren't the reason for his good mood, instead, it's the solution to the long-standing problem of electrical waste, which he's about to announce. There's been endless tinkering around, but now everything's changed for the better. And for the first time ever in the history of the company, this is thanks specifically to a collaboration with similar market players.

As the manager begins his presentation, the board is initially anxious. In the same boat as our competitors? What if it all goes wrong, what if the going gets tough? The meeting relaxes as the manager explains how all processes will be supported and driven by an independent partner. A company which the recycling market knows better than almost anyone else. This helps to kill several birds with one stone, making a business area out of a necessity.

Every board member is of course aware of the recent issues. The fact that the legislator in some American states has required that manufacturers of electrical appliances are responsible for the recycling of electrical waste has consistently led to high expenditure and painful costs in recent years. And it's patently obvious to everyone here that this challenge will only get worse in the near future as the USA aims to reduce its deficit in the recycling of electrical scrap to get in line with Europe. If companies do not take the initiative for themselves, the state regulations will become stricter, there's no doubt about that. So it would be wise to make a virtue out of a necessity in this case.

Wouldn't it be great if there were an opportunity to simply outsource the whole thing? And even make a profit from the disposal of old devices, generating sustainable value in the process? To be an innovative pioneer under the slogan “Return to value”? The head of compliance explains the model again, step by step, and is now drumming up enthusiasm around the room.

From now on, manufacturers will have nothing to do with recycling, the board members are informed. Henceforth it will be managed entirely by the independent partner company, which will treat every participant fairly and equally. A partner who will buy the material in question on behalf of the company, establish a network and work together with collection companies, municipalities and local authorities, for example. A partner who will introduce a recycling process reaching far beyond current standards, really kick-starting the recycling industry in the USA.

The profits gained by recycling will flow back into the participating companies. The opportunity to make money is of course a huge improvement over the former losses associated with the legislation. Furthermore, Sales and Marketing will have a good opportunity to boost sales via promotional deals, awarding discounts to customers on new products when they return old devices, for example. In a similar fashion, working with retailers can serve as a basis for new business. However, money is definitely not the only thing which counts here. Isn't it even more important to contribute to the creation of a system which generates added value? And in doing so, to benefit from the development of a “green image” when it comes to corporate reputation?

Added value from scrap should catch on. Because what is taking place in the States right now could very well be just the beginning of a process which will spread much further - across North America, Europe, Asia and into other parts of the world. From this point onwards, collecting as much waste as possible is a very good thing, explains the CEO - and the entire management board nods in agreement. 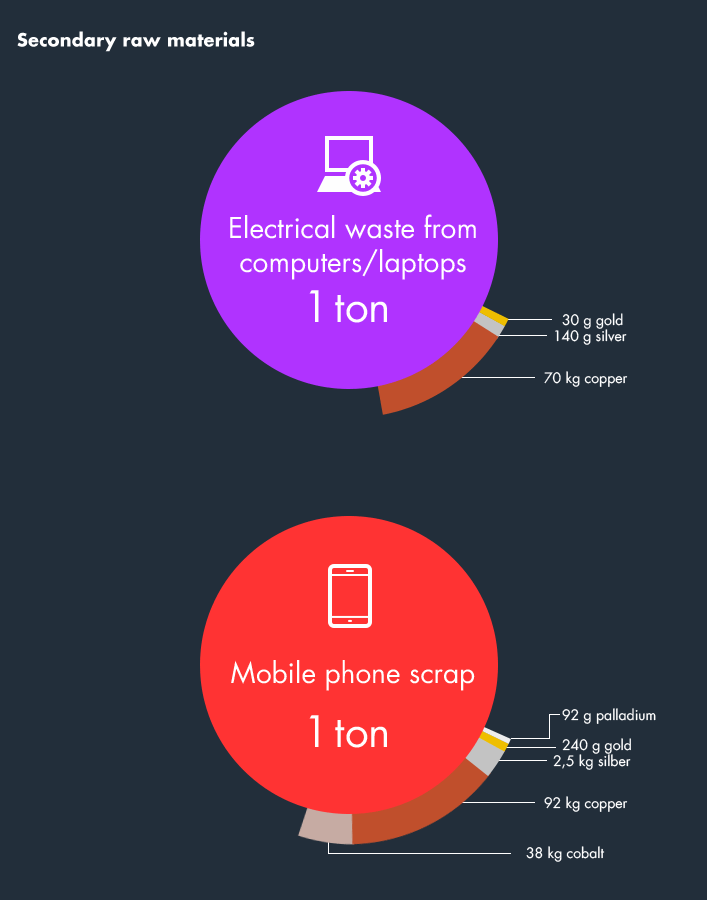