Lead: The oldest material cycle in the world

Hard to dig, even harder to bury: Lead, the eternal and yet up to the minute commodity. 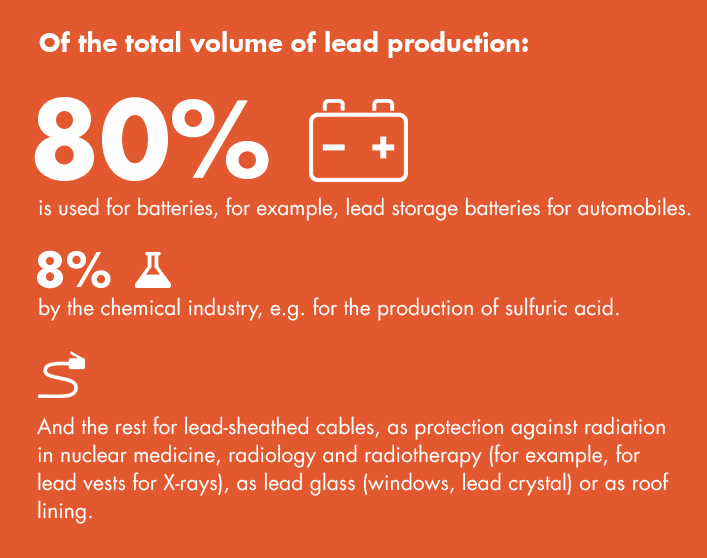 On the road with a lead truck through Europe.

Greg Fulham sips tensely from his plastic cup. The steam from hot coffee rises visibly against the night sky. With gestures the Irish truck driver warns the forklift driver to hurry - the last pallet is just being pushed into the hold of his truck. To reach the ferry on time, he has to leave the traffic arteries of Birmingham behind him before dawn. Greg knows the route just as well as his cargo: It is disused lead-acid batteries.

With the utmost care he oversees the loading and lashes the individual pallets. He is particularly reluctant to carry the large traction batteries: "If they fall against the side on a curve, they will break through the tail lift. With several hundred pounds weight per unit they are a mortal danger". Greg knows what he is talking about. For he is no ordinary truck driver, but a specially trained ADR driver for dangerous goods: "Accord européen relatif au transport international des marchandises Dangereuses par Route [European agreement on the international transport of hazardous goods by road]" Greg explains the European Convention between sips of coffee. Each pallet contains carefully piled car batteries. Each layer is isolated by boards from the others, so that the contacts cannot short-circuit. Safety is paramount: It would not be the first truck to burst into flames after a braking manoeuvre because of its dangerous cargo.

We reach the ferry on time. On the trip Greg has explained to me the cargo documents: His load has a unique number and he cannot leave the prescribed route. "When it comes to cross-border waste shipments, the authorities are particularly strict," says Greg. On the ferry he allows himself a few hours of rest. Reluctantly, he parts company with his truck. Only recently, the vehicle of a colleague was broken into and part of the cargo stolen. "Before I drove refrigerated trucks and no one came up with the idea that my cargo could be valuable", he comments, before his cabin door closes. Times have changed.

In Belgium, it is hot foot to the lead smelter. Greg joins the queue in front of the truck scale. He realises immediately the reason for the rush to the input hall: "The hall is almost empty. If it is not filled up quickly with lead now, the furnace will have to be shut down. This costs the smelter operators a fortune". After our cargo is unloaded and the handover is documented to the kilogram, Greg sets off for the next job. I am left behind - impressed. On the forecourt countless lead ingots shimmer in the light, stacked neatly into small towers. Just before Greg's truck disappears behind a bend, I notice his slogan: "Return to Value". It could not be put better.

The product "primary lead" obtained from the ore is rare, costly to mine and therefore expensive. Recycled "secondary lead", however, is one of the few elements which can be infinitely often reused. For many thousands of years, lead has been used, melted down and re-used. Without any loss of quality.